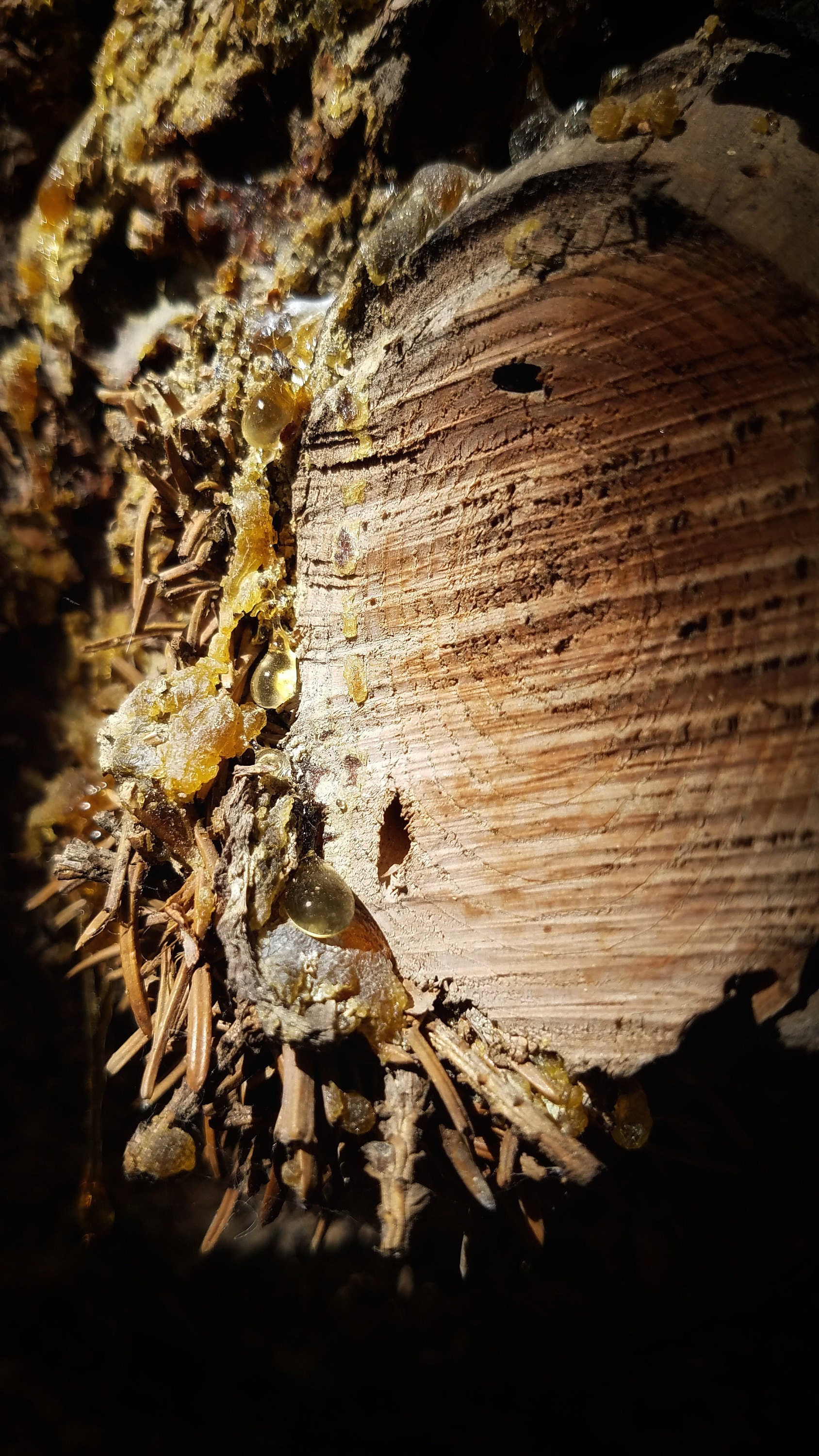 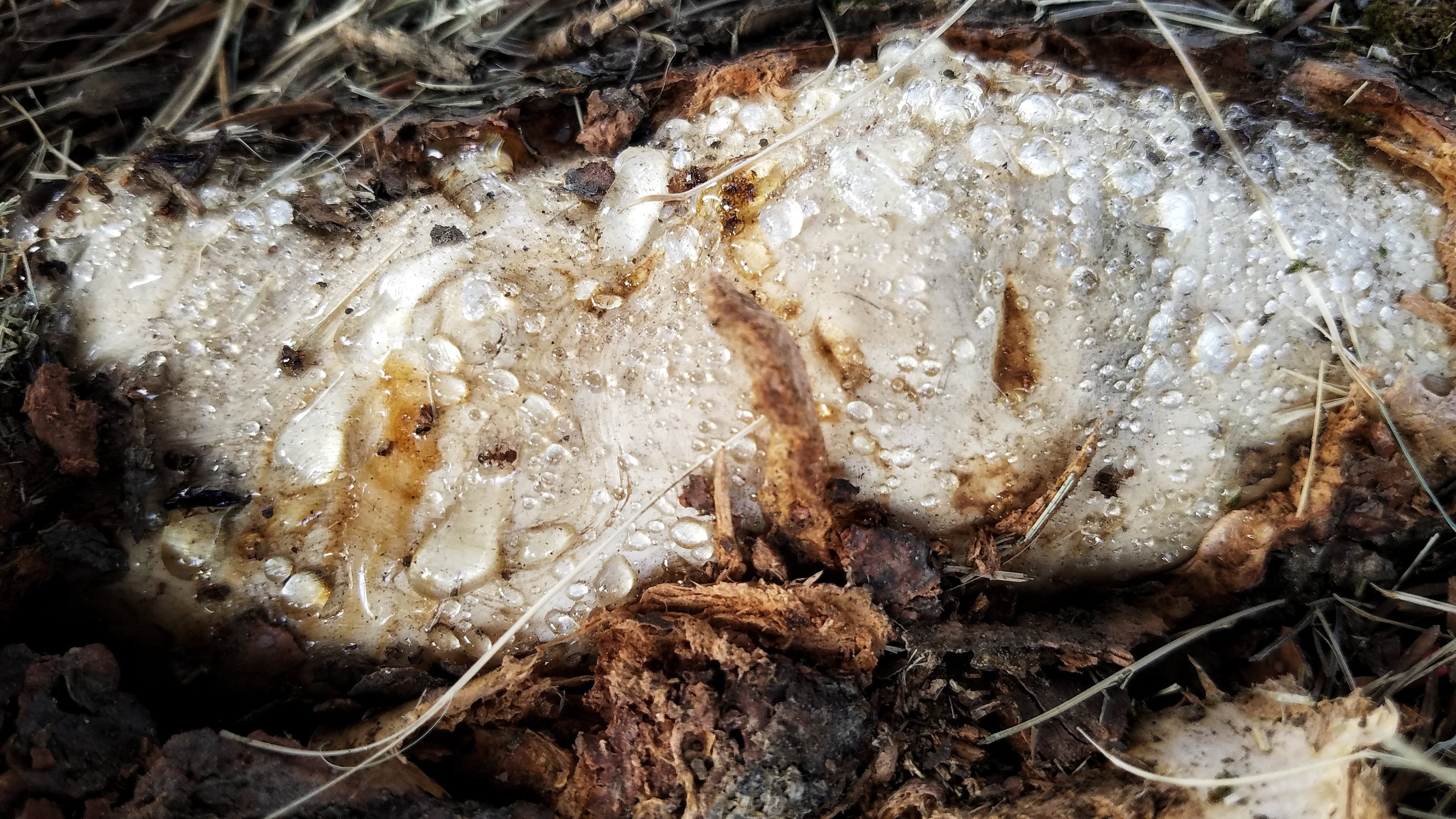 Collecting pine pitch today. There are many people who collect by cutting into the trees routinely and then collecting. I harvest on a much smaller scale so as to minimize damage to the trees. I do not notch or mar the trees, preferring to instead check for trees that were trimmed by the forest service. You don't get a lot this way, but I much prefer it. I make enough salve for my family to use and some bars of pine tar soap. 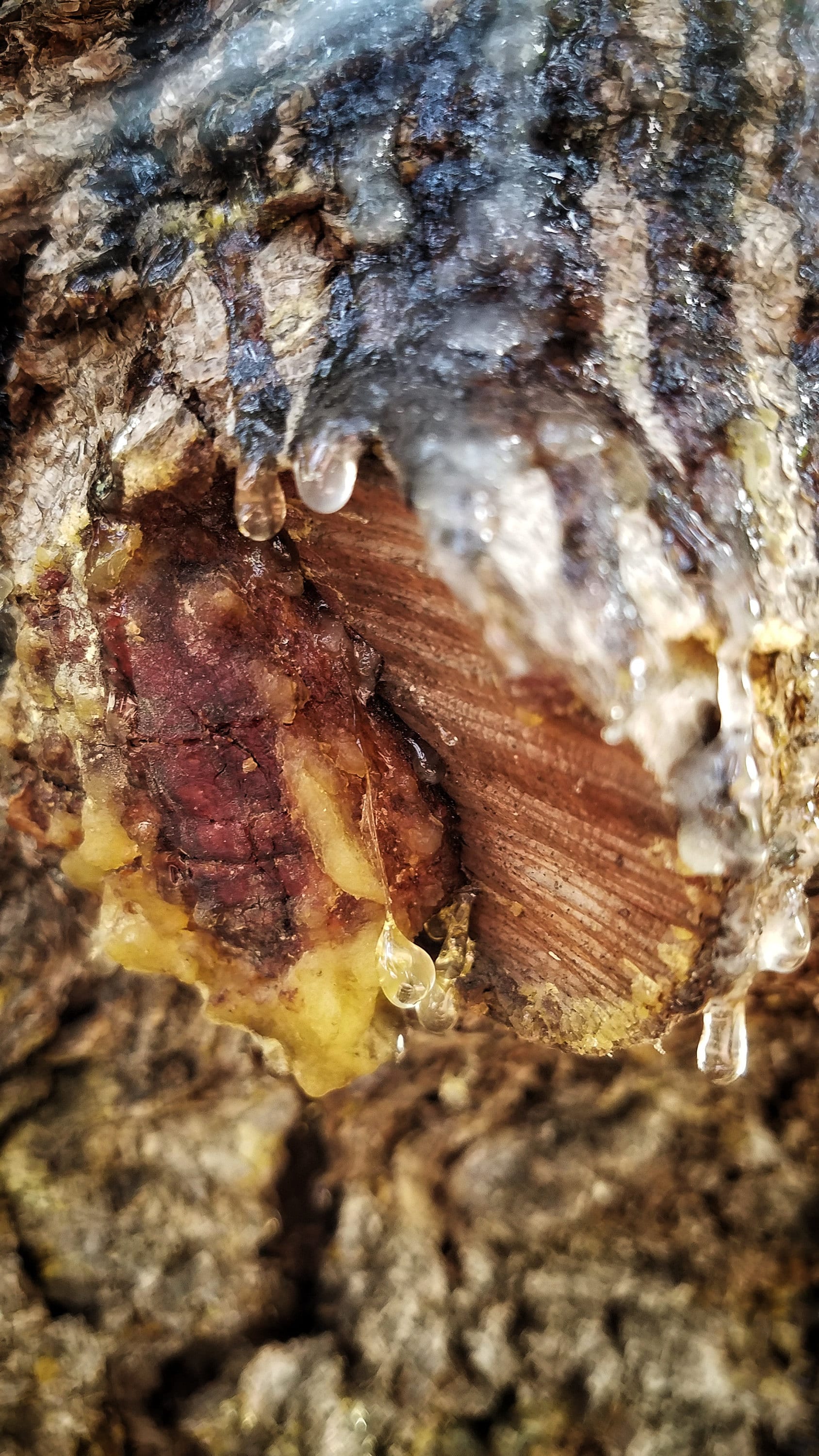 The term 'pine sap' is often used interchangeably with other terms such as pitch and resin. In reality, these three are not exactly the same thing. Sap is the liquid form of a pine tree secretion, with a quality very similar to honey or syrup. It's the initial form of the secretion. Resin is the crystallized sap and the most hardened form it can take. It’s basically the direct opposite of the seeping liquid form of the sap. Pitch is usually used to refer to the intermediate form in between the sap and the resin, where it’s more crystalized like the resin but still runny and viscous.

Pine trees ooze when they get damaged. The secretion has antibacterial properties which prevent the damaged tree from getting infected.

In this same way, pine resin can also be used to heal our wounds.

In addition to being antiseptic, pine sap is also anti-inflammatory and its tar like stickiness helps it close wounds. It may also help with eczema.

Native Americans have used pine resin to treat rheumatism because of its anti-inflammatory properties. The resin acts to remove the joint inflammation caused by rheumatism, which helps to restore movement and to alleviate pain. The Costanoan Indians gained these benefits by chewing on the gum-like resin.

A traditional use for pine resin has been as an external treatment for burns and sores.

Resin from the spruce tree was used by colonial Americans as a cold and cough remedy, as well as straight from the tree as a cancer treatment. Physicians in colonial America also recommended tar water, or ground pine resin mixed with water, as a remedy for ulcers, smallpox, and syphilis. These are traditional holistic medicinal uses for pine resin that have not, as of yet, been confirmed by modern science as effective. 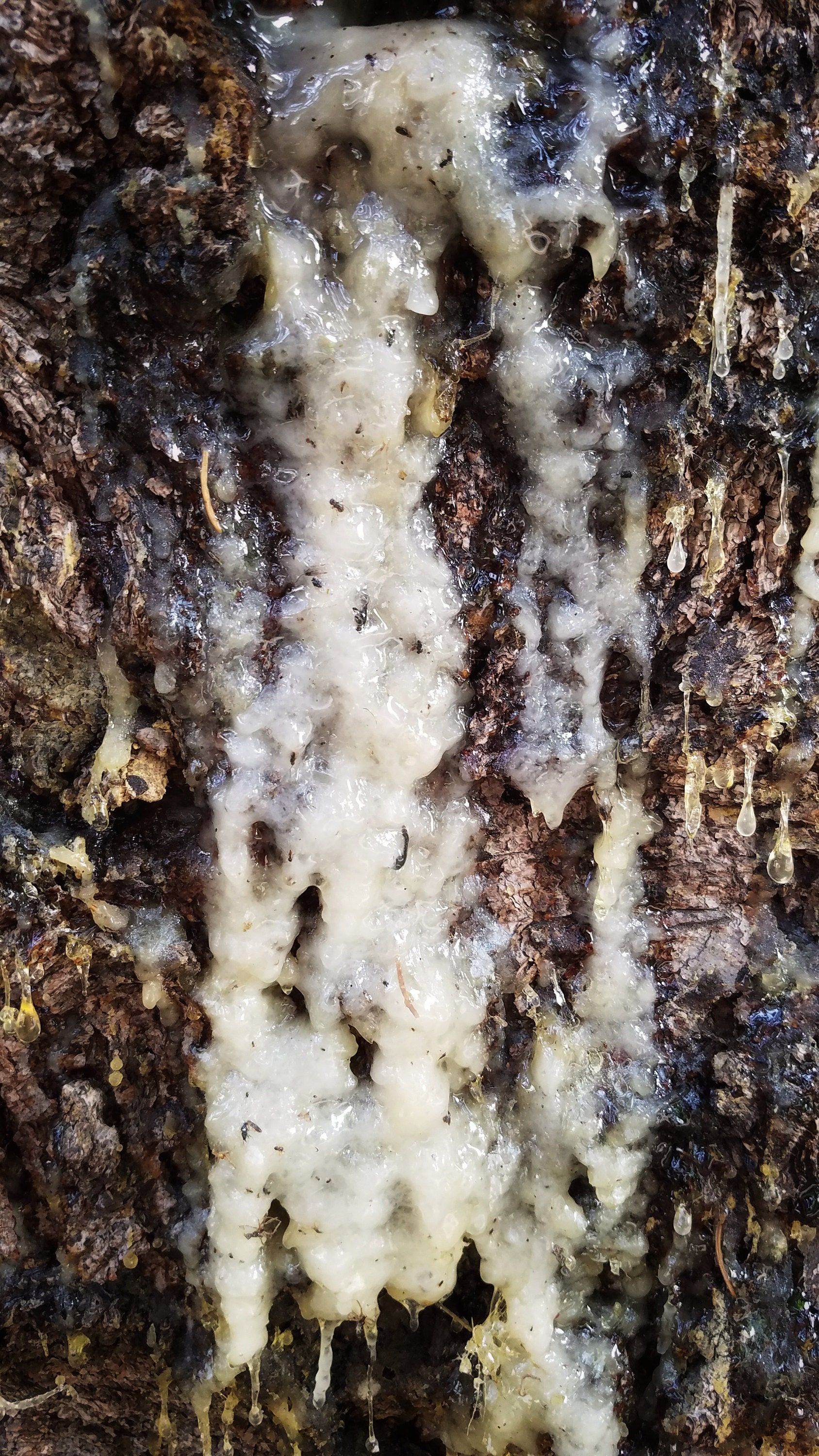