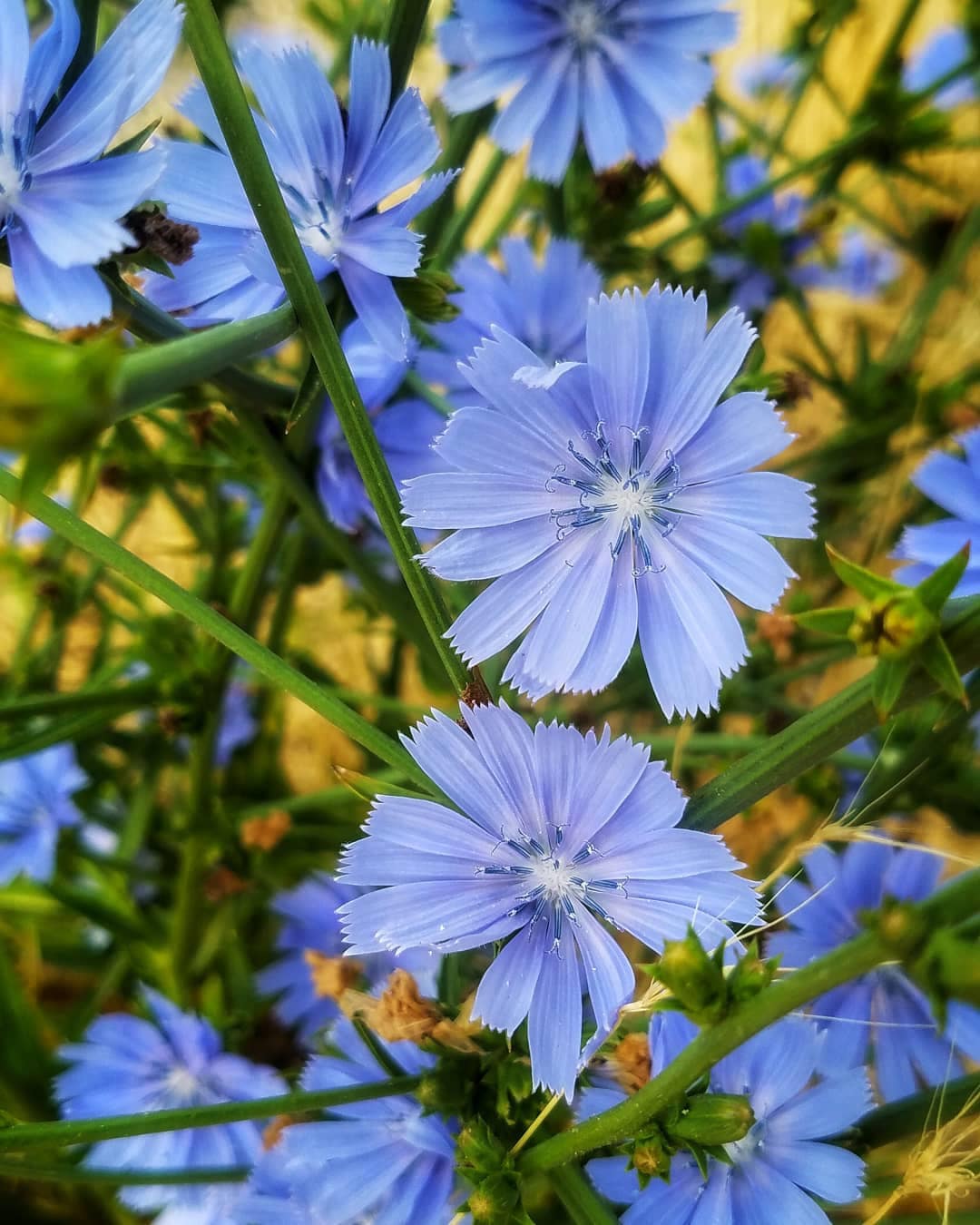 It's chicory season! This blue beauty boasts a whole host of benefits🌸

Chicory is an age-old herb that was originally used medicinally. For at least 5,000 years, people have cultivated chicory for its medicinal benefits.

Chicory was grown along the banks of the Nile in Egypt for thousand of years. In the 18th century the Dutch bought it to Europe to use as an addition to their coffee.

Throughout history the roasted chicory roots have been used as a substitute for coffee and was especially popular when there was a ban placed on the importation of coffee to Prussia (Europe) in the 1700’s.  It was also used as a coffee substitute during the American Civil war by soldiers and again in the united kingdom during the Second World War where it is still common today.

Chicory leaves which usually have a bitter taste are a popular addition to salads and can be used as a substitute for spinach. Chicory has high levels of vitamin C and an extremely high level of inulin.

The bruised leaves have been poulticed on swellings. Root extracts have been used as a diuretic and laxative, and to treat fevers and jaundice. Research has shown root extracts to be antibacterial, anti-inflammatory and slightly sedative. They also slow and weaken the pulse and lower blood sugar.

A compound called maltol from chicory can be used in baked goods to intensify the flavor of sugar 30-to-300-fold.

Chicory is bound to sun and air.  It has quite a few magical properties, including strength, divination, favors, frugality, invisibility, good luck, frigidity, opening of locks, removal of obstacles, and curse removal.

Often shamans use Chicory to speed up and slow down time during path walking. Chicory is referred to as a “clock” flower, this simply means its flowers blossom and closed in time with the sun rising and falling.